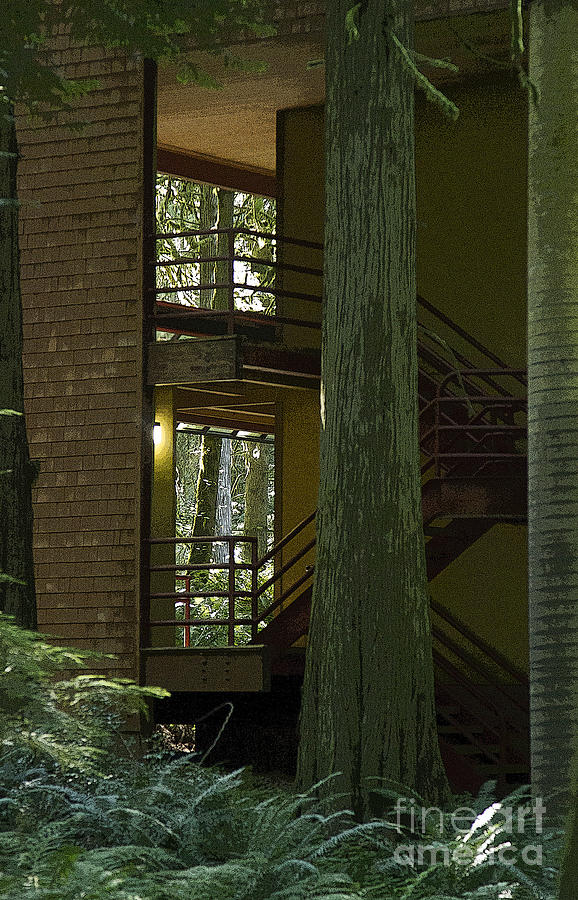 Stairway, known also as a staircase, a flight of stairs or just stairs, is a practical construction invention that works like a vertical bridge, allowing one to ascend to a higher level via a series of smaller vertical steps. There are different kinds of staircases. The flight part of a flight of stairs is in reference to a series of uninterrupted steps, which may then pause at a landing platform, before continuing another flight.
Spiral stairs are wound around a central axis and use very little floor space. The disadvantage of spiral stairs is that they are often steep. In 14 and 15th century medieval castles, stone spiral stairs often wound in a clockwise direction when ascending, to impede the mobility of attacking right-handed swordsmen and to support the mobility of the defenders.
Nicholas-Francois Blondel, an architect in the mid-1600s, is acknowledged to be the first to publish the specifications for the ergonomic relationship between stir tread and riser dimensions, 2 x riser + tread = step length.
From the eastern edges of the Cascades to the sea and as far south as Yosemite, the coast Douglas fir is the dominant tree west of the Cascade Mountains in the pacific Northwest. Also known as Doug fir and Oregon pine, it is an evergreen native to western North America.
The coast Dough fir conifer is second in height only to the coast redwood in the world and lives between 500 to more than 1000 years. A Douglas fir that was logged in Watcom County, Washington in 1897 was 465 feet tall, 220 feet to the first branch with a diameter at its base of 34 feet. This tree was estimated to be 480 years of age at the time.
Young Doug firs have a thin, smooth, gray bark with many resin blisters. Mature trees exhibit thick, cork-like bark. Young trees often have branches down to ground level, while older trees have a narrower, cylindric crown 66-131 feet above a branch-free trunk. Although the trees roots are not especially deep, Doug fir will generate taproots in drier areas. It is an adaptable and fast-growing tree that is often found with western hemlock, sitka spruce, sugar pine, western white pine, ponderosa pine, grand fir, coast redwood, western red cedar tanoak and big leaf maple.
Doug fir is a tree that is crucial in the forest succession of old growth rain forests in the Pacific Northwest. Intolerant of deep shade, young Doug firs do not survive in the understory of the forest. These trees do have some competitive advantage however. They have thicker bark and a growth rate that is somewhat faster than western hemlock or western red cedar. In natural disturbances, such as wildfire and wind storms, or clear cutting, Doug fir regenerate and easily establish in the in high light conditions.
Jeanette French, paintings, photographs, canvas prints framed prints, metallic prints, acrylic prints, greeting cards, gift cards, fine art.
Creating portals of light, love, joy, beauty, compassion, hope and gratitude is my lifelong passion and gift for the earth, hence the name of my art business, For the Earth. My mother painted in oils when I was young and encouraged my own drawing, painting and handcrafting in all forms. My father, the photographer, gave me my first camera at age 8. As a result of these loving influences, I am a lifelong student of both mediums. I am grateful to my wonderful Pacific NW painter teachers, Stan Capon and Edi Olson, for training my eye and technique. I hope you will enjoy this image as much as I enjoyed its creation. More gifts for the earth can be found at these websites: jeanette-french.artistwebsites.com and jeanette-french.pixels.com.